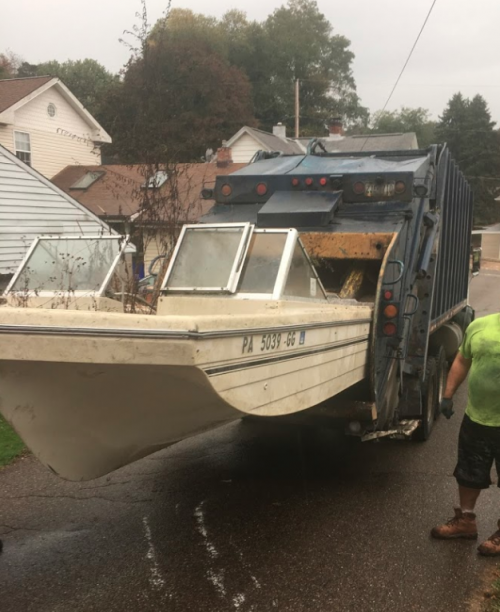 A successful junk removal company usually has three defining characteristics. First, they understand that there’s no ‘I’ in team. Second, they know that its best to satisfy an angry customer instead of make them more angry. Finally, they have learned that over delivery of service yields bigger rewards.

Let’s start with the first. A team is the basic unit in any project. It’s the point at which you can scale your operation. A team of one is not very productive with respect to junk removal. How many people does it take to lift that heavy couch? How about unloading that huge dumpster of heavy debris? So with junk removal you need at the very least 2 team members. Three would be even better. These team members need to work together to accomplish the teams goal. That goal should be to meet the customers demands such that they would recommend the company to others and do business with you again.

An angry customer is a bullet to your junk removal business brain. Angry people want to be heard. If you don’t listen they’ll tell all that will. So by allowing a customer to go away mad is like setting up a huge wall around your business. They are business repellent. You’ll lose more than you would have had you just given into their demands. But not only give in, go above and beyond and turn them into a resource of new business. Basically make things right, and then go one step further.

Last but not least doing your job is fine, but doing your job plus taking that extra step to stand out from you competition is better. A happy customer is the target, but a customer testimonial about your junk removal company is icing on your junk.